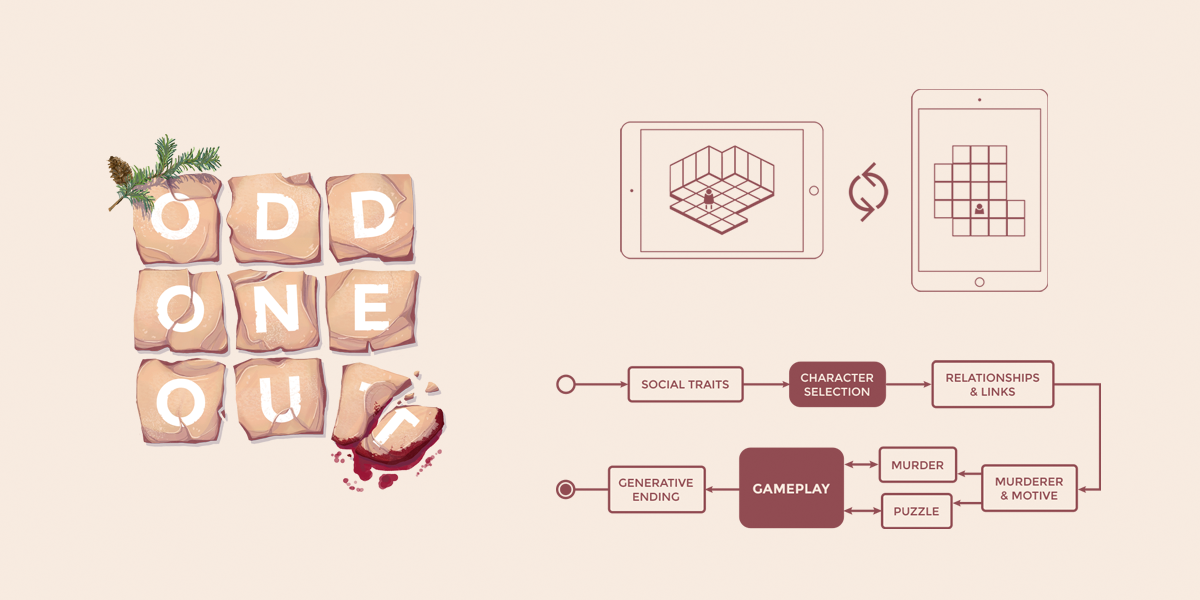 Conceived as a game concept for mobile devices, Odd One Out is a generative murder mystery game that is dynamically constructed as it is being played. Inspired by Agatha Christie's And Then There Were None, the player enters a dinner party with eight other guests in an isolated mansion, and soon guests begin to mysteriously die off. The goal is to find out who the murderer is by talking to other guests, investigating the environment and making alliances with the right people. All of the gameplay happens in a combination of two mechanics: tile-based isometric environments and match-3 puzzles.

As the game begins, the player is asked to select a persona from the nine archetypal guest characters. Meanwhile, the game generates base strengths for personality traits for each guest, which will fluctuate as the game progresses. All of the story in a game session is cleverly constructed generatively using metrics, probabilities and source story segments, and the game alternates its components' attributes based on the player's actions.

The project was previously funded by AVEK and the game concept was finalized subsequently.