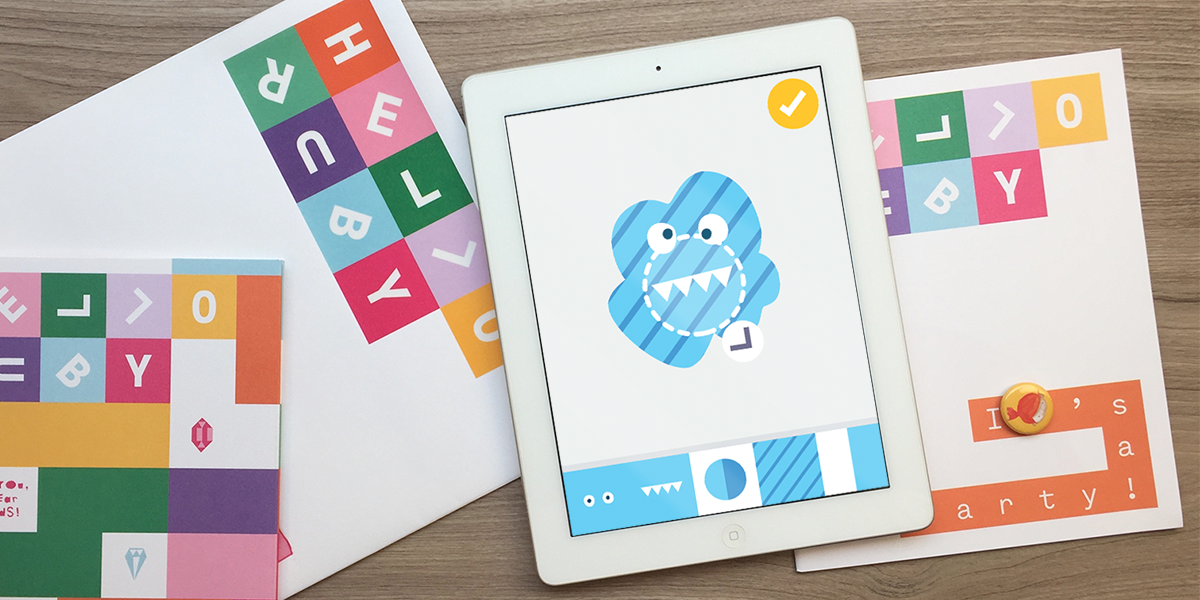 Developed as the first in a series of mobile apps from Hello Ruby, Ruby+ Blob aims to teach kids, aged five to eight years, computational thinking through character creation, kinematics and physics. In the app, kids compose creatures called Blobs by first building them from abstract shapes and joints, then adding visual decorations and finally assigning animations to their parts. Newly-created Blobs are then released into a physical environment, where they face obstacles as they travel towards a goal line. Finally, each composed Blob is added to a jar for safekeeping.

Ruby+ Blob draws on the four core concepts of computational thinking (decomposition, pattern recognition, abstraction and algorithms), while focusing on the adjoined practices of tinkering, debugging and creation. As kids tinker with the composition of their Blobs and witness alternating results, they begin to gain understanding about the implications of the construction process. We created the app to be an enjoyable and creative digital toy that makes learning effortless. In my Master of Arts thesis, I document the research and production of Ruby+ Blob.

Hello Ruby is a project by Linda Liukas that focuses on teaching 21st century skills to children. The company is best known for its children's books that teach coding, computing and technology.